In an initiative to support the cause of a Green India, Mitsubishi Electric India carried out the tree plantation drive and inaugurated three water tanks at Tukai hill popularly known as Baner Hill.

The Baner hill is in north-west of the Pune city. It is known for its diversity and carries beautiful surroundings around itself. The hill was cattle grazing ground for the villagers of Baner for years before development of the region began. According to environmentalists, rapid urbanisation and utilisation of land for projects is the main reason for the depleting green cover. A small group of people joined hands in 2006 to plant saplings at Baner Hills. Mitsubishi Electric India joined this activity in 2017, where 65 employees planted 120 trees.

Continuing to support the cause, on the eve of World Environment Day, Mitsubishi Electric India planted around 100 trees and inaugurated three water tanks on the hilly area to support the volunteers of Vasundhara Abhiyan Baner in the afforestation mission. The water tanks have capacities of 19,000 litres, 14,000 litres and 10,908 litres respectively, sustaining water level through rain water harvesting with continuous contour trenching (CCT Method). To decrease the mortality rate of the planted trees pipelines were also installed to provide water from the tanks to the trees. The idea behind this activity was afforestation of Baner Hill.

During the event around 75 employees of Mitsubishi Electric India and 25 members from Vasundhara Abhiyan, Baner attended the activity. MEI employees volunteered for the tree plantation drive and planted trees having medicinal and longevity value. The inauguration of the activity was done by Mr. Hisahiro Nishimoto, Director, Factory Automation & Industrial Division, Mitsubishi Electric India Pvt. Ltd. Speaking on the occasion, he said, “This CSR activity in Pune is our effort to preserve and conserve the nature. Baner hill is known for its diverse variety of birds, flowers and butterflies. Due to continuous efforts of Vasundhara Abhiyan Baner, this area has seen a tremendous transformation from being cattle grazing area to a green cover. Mitsubishi Electric India realises the need for sustainable development and wants to support in creating an environment which benefits our future generations.”

Mitsubishi Electric India has always been considerate about preserving the environment and society.  This activity is an initiative towards creating a balance within the ecosystem where diverse species of nature can flourish. The CSR concept is derived from United Nation’s Sustainable Development Goals of Climate Action which aligns with Government of India’s Missions including National Mission of Green India.

On World Environment Day, Mr. Katsunori Ushiku, Managing Director, Mitsubishi Electric India Pvt. Ltd., said, “Mitsubishi Electric supports the cause for improving the environment and believes in creating a greener tomorrow. We are channelizing our technology and services in a direction to have minimal effect on the environment. The tree plantation programme is an extension of Mitsubishi Electric’s philanthropic activity which is in line with the company’s aim to be a global leading green company, making lasting contributions to every society in which it operates including India”.

Mitsubishi Electric India is focusing on its predefined CSR strategy of contributing towards environment, society and education. In the purview of maintaining a healthy environment, we will take up such kind of activities in coming years as well. 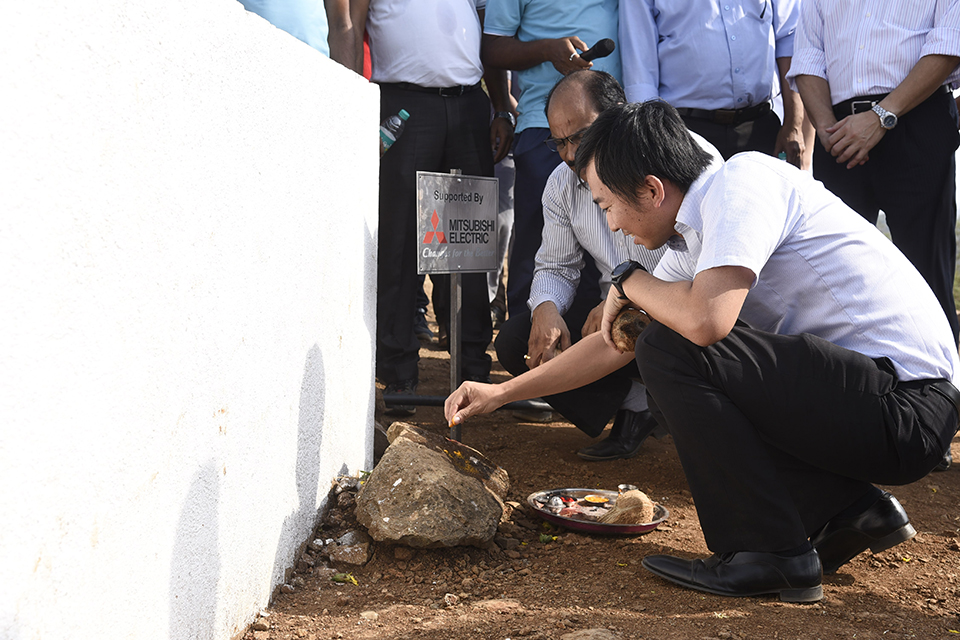 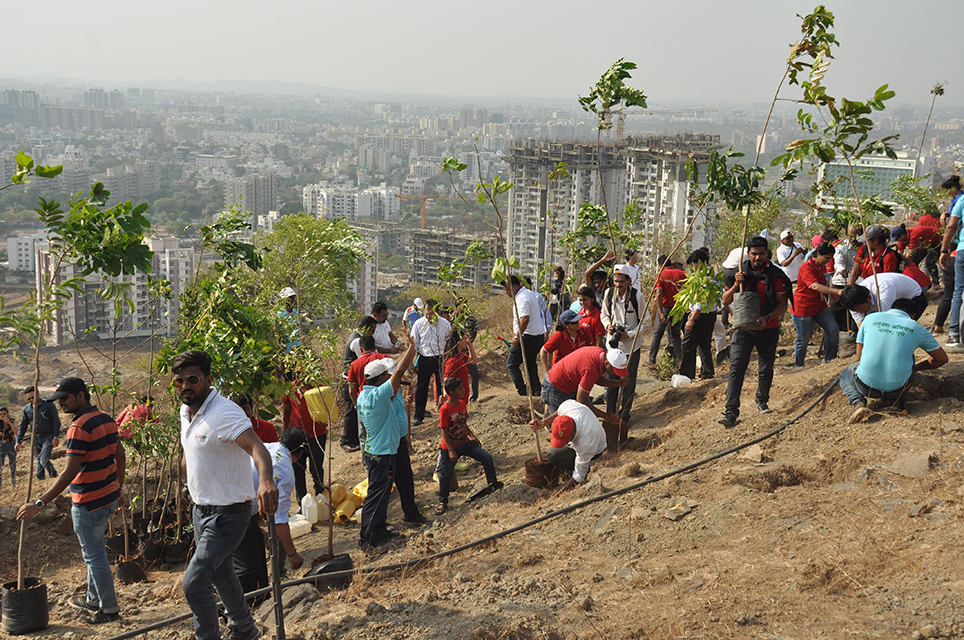 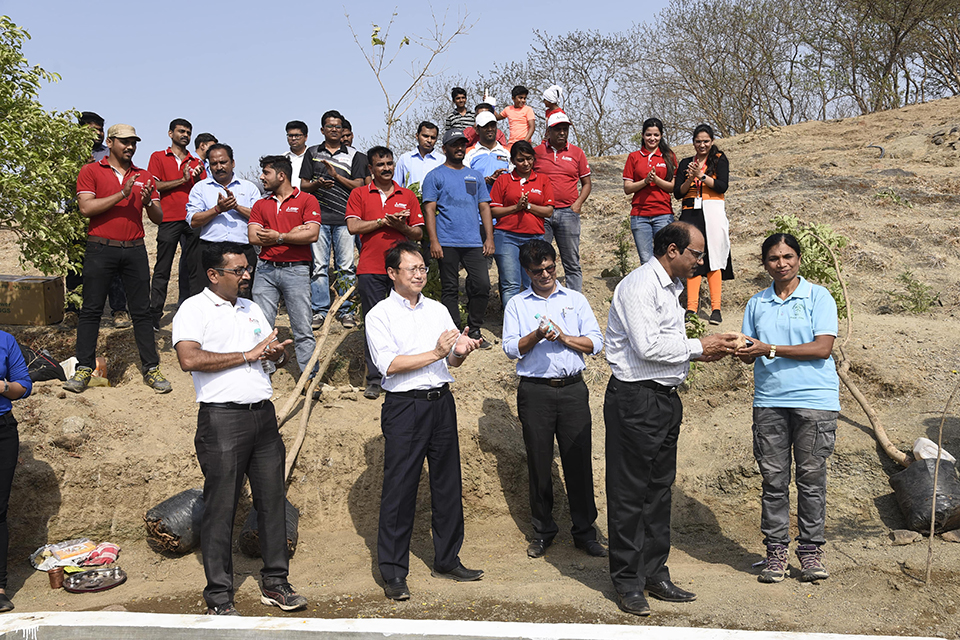 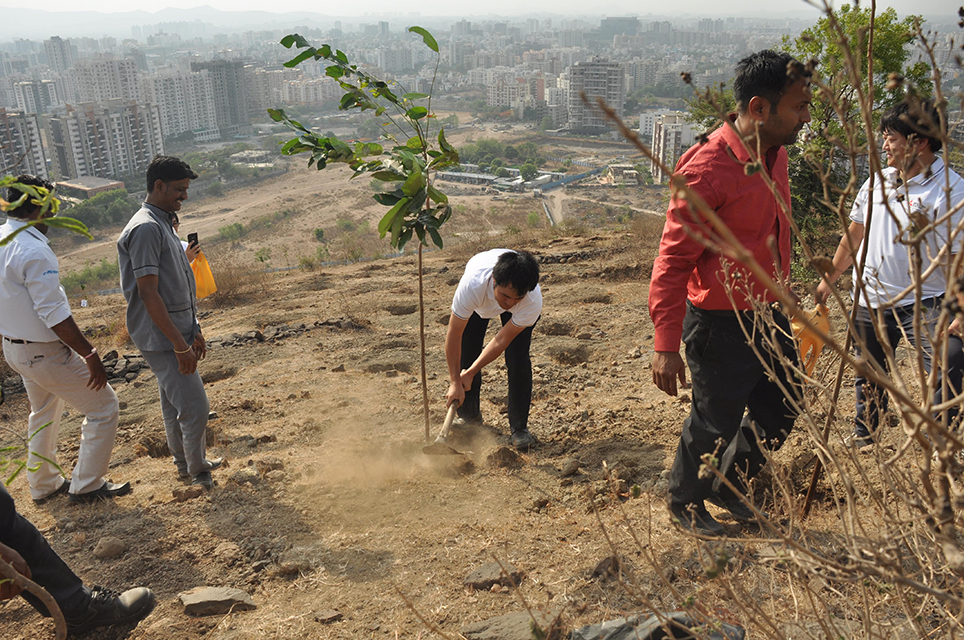 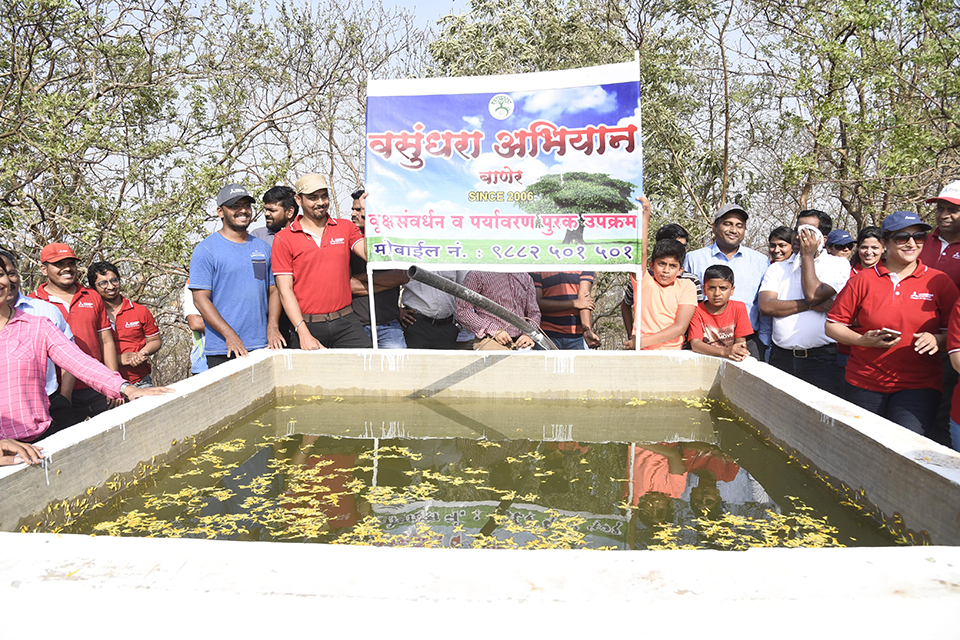 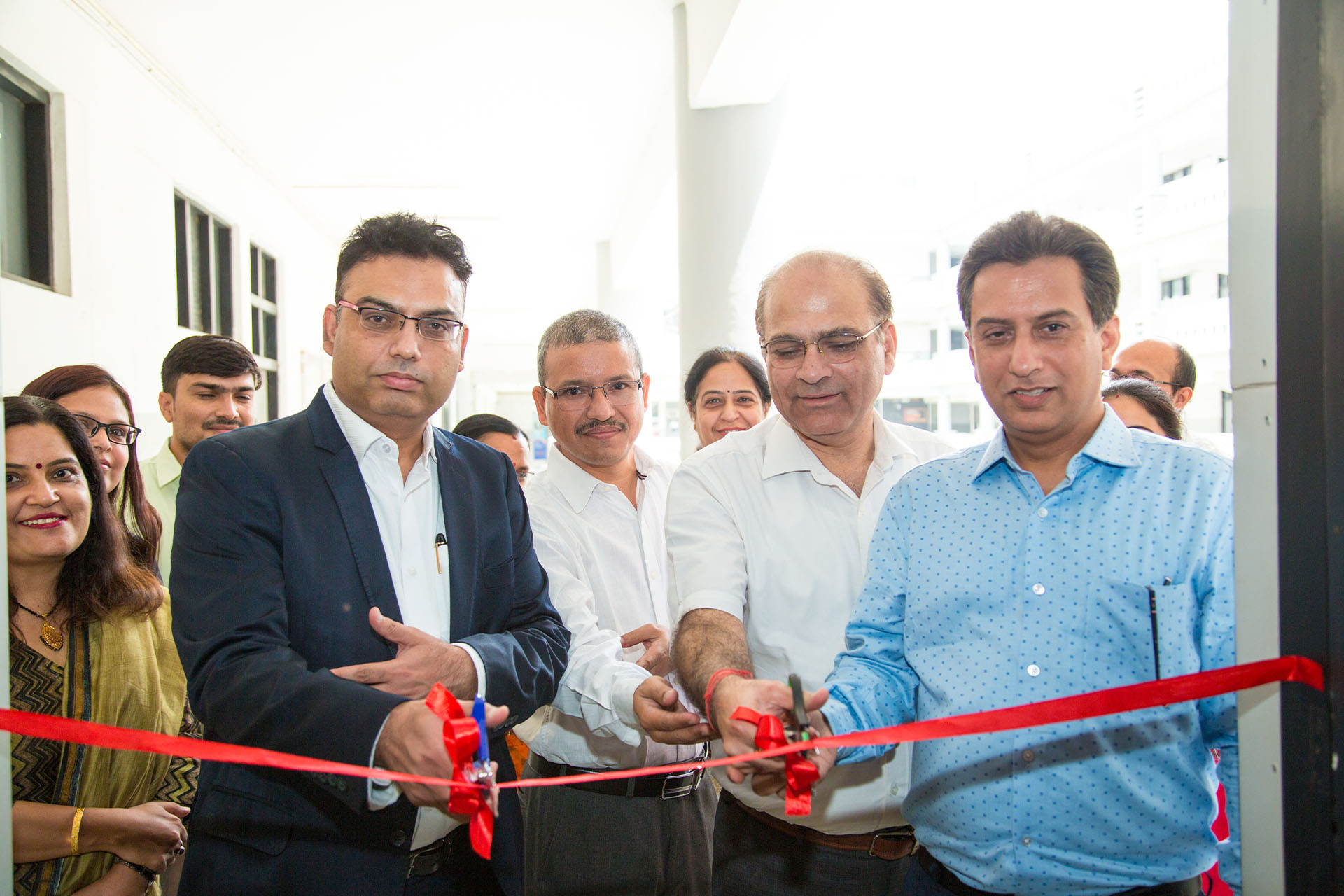